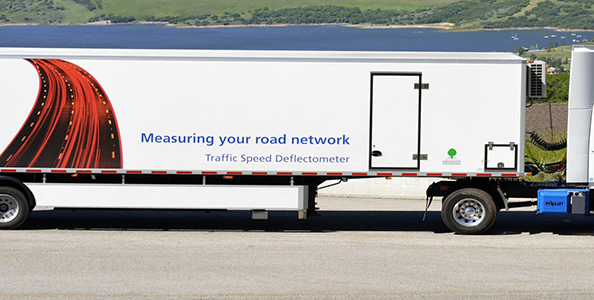 A falling weight deflectometer (FWD) is the most commonly used device for  determining the structural strength of flexible pavements without taking core samples. However, the method can be time-consuming and disruptive, typically requiring lane closures and creating a potential hazard for workers. A relatively new alternative option is the traffic speed deflectometer (TSD), which promises to assess a pavement’s condition while moving with traffic for greater efficiency and safety.

To evaluate the reliability of data collected with a TSD, the Tennessee Department of Transportation partnered with a team of researchers to gather hundreds of miles’ worth of pavement performance data using traditional and traffic speed deflectometers. After analyzing the results, the team produced a list of recommendations for collecting and using TSD measurements.